Chances are you will have seen the term "Old Vine" or one of its foreign equivalent terms such as "Vieilles Vignes", "Alte Reben", "Viñas Viejas", "Vinhas Velhas" or "Antico Vitigno" on some wine labels. There is no requirement under any wine regulations that I know to mention the age of the vines used for wine grape production and yet old vine is a term that seems to be used increasingly frequently and with the implication that old vine wine should be held in high esteem. In this wine blogpost, I'm looking into whether grapes from older vines really do make better wine.

How old is old for vines?

Here in the UK we have an amazing old vine at Hampton Court Palace. Planted in 1768 under Capability Brown's direction, it is said to be the largest vine in the world but even at circa 250 years old, The Great Vine cannot claim that it is the oldest vine in the world as Slovenia and Italy have vines believed to have been planted in the 17th century. Nor can it claim that its fruit is used for wine since it produces a table grape variety.

It is hard to imagine when looking at a woody, gnarly old vine that it could produce good quality fruit or indeed any fruit but vines can still produce grapes when very old - those Slovenian and Italian 17th century vines are said to be producing grapes still used for wine today.

I believe that California was the first wine region to start a register of its old vines. It is an area is believed to have the highest number of old vines - ironically Prohibition helped this as vines were simply abandoned and later "rediscovered". According to the Historic Vineyard Society website "To qualify as a Certified Historic Vineyard, a vineyard must be a currently producing California wine vineyard with an original planting date at least 50 years ago, in which at least 1/3 of existing producing vines can be traced back to original planting date."

The Barossa Valley is proud to have some of the oldest continuously-producing vineyards in the world. It is one of the few wine regions that has avoided the phylloxera aphid which is the reason why most of the world's vines are now grafted onto phylloxera-resistant rootstocks. Understandably keen to protect its precious ungrafted old vines especially after many were uprooted in the 1980s (you can read more about this in my blog on Australian wine) it saw what Claifornia was doing and started its own register of old vines. The Old Vine Charter categorises the old vines further according to their age: 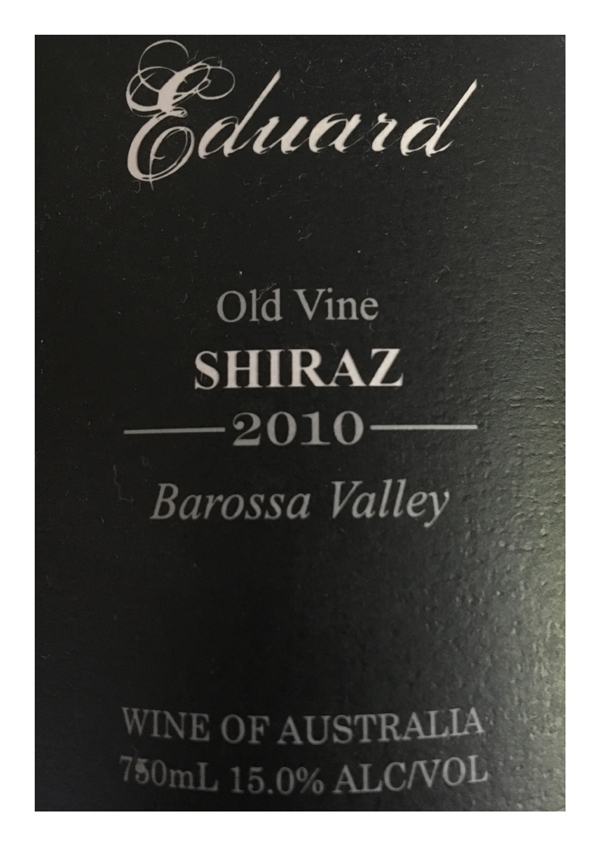 Not all wine producers wait until a vine is 35 years old before labelling it an old vine though; it is very much a matter of personal preference or perhaps more of marketing preference.

Since I first published a blogpost on this subject in 2017 South Africa's Old Vine Project, which aims to save and preserve South African vineyards, has launched a Certified Heritage Vineyard seal which certifies that the wine is made from vineyards of vines of 35 years and older. But producers don't necessarily always put the seal on their bottles.

Jancis Robinson's Purple Pages has started to list old vines around the world but as they say it is still very much a work in progress.

New vines or old vines - which are better? 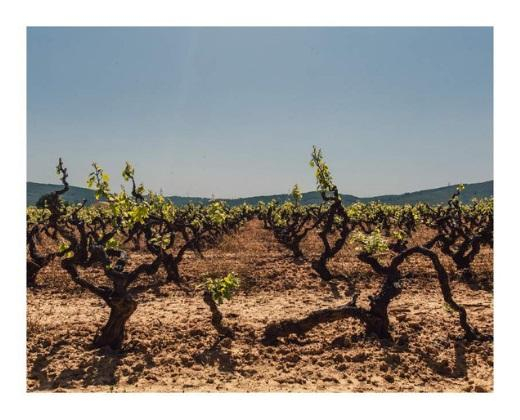 New vines take time to establish themselves; they don't tend to produce many grapes until year three first concentrating on establishing their root structure and a sturdy trunk. It is usually only by year five or six that the grapes are of use for commercial wine production. After that the vine's growth below and above ground is more balanced. As it ages further the vine's growth becomes less vigorous and as a result fewer grapes are produced; this reduction in yield starts as early as the age of 20 years old.

The advantage however of the smaller harvest of grapes or lower yield from older vines is that the fruit flavours tend to be much more concentrated and intense. The wine produced will display intense, concentrated flavours along with complexity or multiple layers of flavours and a good structure - largely from a balance of fruit, alcohol, acidity and tannins. And because of that structure old vine wines are likely to keep for longer than wines from newer vines.

Low yield is key but not exclusive to old vines

I'll be looking into yield in more depth in another blogpost but, as those of you who have attended wine tastings with me will know, low yield is a very important factor, some say the key factor in producing good wine - and one reason why the wine quality classification systems in many countries like the AOC system in France stipulate a maximum yield per (AOC) region.

It is important to note however that it is not only old vines that can produce low yields. We already know that in its very first years a vine produces low yields and often these first crops can produce good quality wine (though it is not usually permitted by regulations to be released to the public).

There are also ways to reduce yield in the vineyard e.g.

So it is not just old vines that produce low yields. But old vines tend to be more naturally low-yielding since they don't need as much green harbsting or canopy management. Yield plays a large part in the quality of a wine but whether more so than the age of the vines is open to debate

How to tell if a wine is from old vines

Grapes from old vines, if handled well, can produce really concentrated wine bursting with intense flavours. Younger vines with low yields can also produce great wines but the term "low-yielding young vines" is unlikely to make its way onto wine labels anytime soon. So no wonder the term old vine is an attractive one for wine producers and sellers. 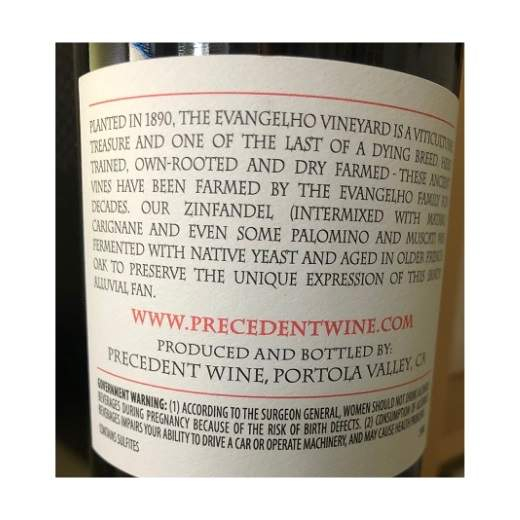 But as  mentioned above the term "old vine" is largely undefined. Some producers are now mentioning the age of their vines or date the vines were planted on the label instead (as in this photo of a label from Precedent's old vine Evangelho Zinfandel - the Evangelho vineyard is certified by the Historic Vineyard Society but there is no evidence of that on the bottle and Precedent don't call their wine "Old vine Zinfandel" perhaps because there are some poor quality supposedly old vine Zinfandels on the market. There is no regulation governing use of the term so there is a danger that it could be used for example where only a small percentage of old vine grapes are used in a wine or, dare I say it, if none of the grapes come from old vines. It can be a very useful marketing tool as the production and prestige of old vine wine adds a premium to the wine's price.

Until the wine industry starts to use a common definition for old vines or there is more widespread use of the Certified Historic or Heritage Vineyard seals, use your common sense when buying wine - after all a £10 bottle of wine is unlikely to have come fully from old vine grapes despite what the label might be telling you.