In the first part of my blog on the Rioja wine region and its wines I mentioned the rebellion that has going on for some time in the region against the Rioja wine classification system. Rioja red wines have essentially been classified based on length of time the wine is aged in oak which seems quite out of synch with the trend today towards less oaked wines. I have been arguing for an overhaul of the Rioja wine classification system for some years and I am not alone; several of the "New Wave" Rioja producers have been happy to see their wines fall into the generic Rioja category rather than have to age their wines for longer than they deem necessary to produce wines that are expressive of the region and of the grapes. This has meant that the generic Rioja category of wines could actually see a whole range of wines within it from some of the best terroir-focused examples being produced in the region to some of the poorer commercial style wines, which is all very confusing when you are faced with a wall of Riojas on the (virtual or actual) shelves of your wine retailer.

Just to recap, Rioja is one of only two Spanish wine regions classified in the highest Designation of Origen category, DOCa (also known as DOC or DOQ), the other being Priorat. So all Rioja should be top quality, though I think we can agree that that may not be the case. The old requirements were…

Rioja winemakers have to submit their wines for extensive testing, must follow regulations on permitted grapes, yields etc and receive regular visits from the regulatory authorities to make sure that the rules are being followed. As a result of the vigorous procedures, you can check the authenticity of each bottle of Rioja through its numbered back label and seal which use a system widely seen on European banknotes making them difficult if not impossible to forge. Two things that these Rioja back labels guarantee are the origin and the vintage of the wine.

And they also guaranteed the ageing time of each of Rioja's red wines according to the sub-categories or types below:

The Rioja labelling system from 2019

The new labelling system in Rioja means that the length of time the Rioja spends in oak is no longer the defining indication of quality. Good news. Nevertheless the above back labels will still be valid however the definitions of Gran Reserva and Reserva red wines have changed slightly from 1st January 2019 to:

The biggest change however for Rioja's red wines is that region is now be the key to Rioja's classifications. This is in recognition of the many different terroirs across the Rioja region and so we are going to see that specific vineyard sites will become more important - similar to the Burgundy labelling system about which you can read more in my Burgundy blog.

At the top of the hierarchy will be Single Vineyard wines or Viñedos Singulares. These will be the very best sites within Rioja and sites that have a specific character distinguishing them from others in the area. Regulations will be toughest for these wines and include the following:

- grapes to come only from that defined vineyard

- vinification, ageing, storage and bottling all to be carried out at the same winery

- vines must be at least 35 years old

- grapes must be manually harvested

- the vineyard name has to be registered as a brand.

Applications have been submitted for over 100 vineyard to have Viñedo Singular status and we will start to see these on our shelves very soon.

The next step down in the hierarchy will be Vinos de Municipios or "village wines". Stating the village on the label has been permitted for some time but this change formalises the status in the hierarchy.

Similarly the regions that correspond to the third level of wines have been recognised for many years. They are Vinos de Zonas, the zones or areas being Rioja Alta, Rioja Alavesa and Rioja Oriental (which used to be known as Rioja Baja). The new system legitimises that wine labelled as Rioja Alta comes from that sub-region of Rioja.

The main requirements for these two categories, Vinos de Municipio and Vinos de Zona  are that the winery must be located in the village or zone in question and that the grapes must come exclusively from that village or zone. In fact to allow for the fact that there is a tradition of blending grapes from different parts of Rioja both these categories allow 15% of the grapes to come from outside the region but only if the land the grapes are grown on borders the region and that there is a minimum 10 year history of blending grapes from the 2 vineyards in question. 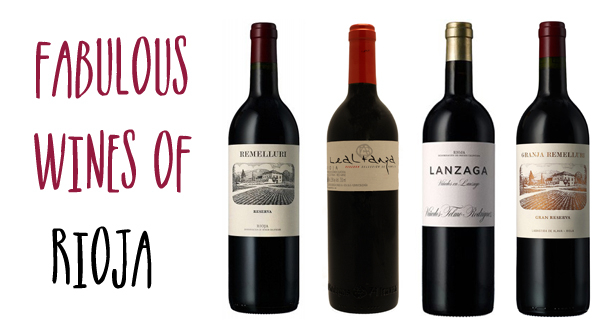 There are of course those who are already arguing against the new system. For example many Rioja red wines have traditionally been blends of grapes from different sites so they won't benefit from the classification changes. But on the other hand you could argue that limiting the areas from which grapes can be sourced will ensure that Rioja's reputation for high quality wines is not affected by those who buy in grapes from across the region. At the end of the day one of the main aims is to improve traceability and given the strict regulations and enforcement of them in Rioja consumers can be more comfortable about the provenance of their wine.

Personally I think with time we will get used to the new labelling even if it seems a bit confusing at the moment - and it does seem to be suitable given the many different "terroirs" in Rioja.