A critique of the wine critics

There are many people who review and score wine; I am often asked which of these wine critics I rate. So below are those wine critics at the top of my list and why - plus some information on the different ways they rate wine. I include what I think are the minimum scores that you should look for from each if you wish to ensure that you are getting a really good quality wine. Wines With Attitude Customers and regular readers of my wine blog posts will know that it is only after I have selected wines for the Wines With Attitude portfolio that I subsequently check whether the wines chosen have been reviewed and / or scored by wine critics. If they have I will include the scores and comments in order to give you, the consumers, more information upon which to base your wine-purchasing decision.

I don't necessarily always agree with the reviews or scores - but they are another opinion - and usually any differences in opinion are more a question of taste than of the wine's quality. It is also important to say that sometimes the reviewers are tasting the wines straight from the barrel months before the wines are bottled and released - and as we know most wines of quality will change and improve over time - up to a point. 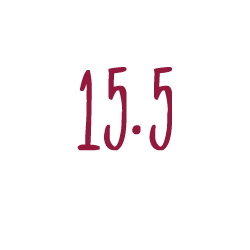 I have to confess that Jancis is my wine hero (see photo of me receiving my WSET Diploma from Jancis) but I also rate her scores because, like me, she and her hugely experienced team (with at least 4 Masters of Wine) are pretty strict markers in my view.

Their maximum score is 20 points for a "truly exceptional" wine but I don't remember the last time I saw a score from Team Jancis higher than 17.5 points and even that level is quite rare. Bear in mind also that that 17.5 points equates to 87.5 points out of 100 which for some of the other wine critics is only just in the realms of a good wine. My view would be not to look below 15.5 points on the Jancis Robinson rating system. 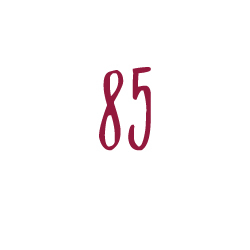 Although you may not know the name Wine Advocate, if you are interested in wine you will almost certainly have heard of "Parker Points". Wine Advocate magazine was set up by Robert Parker. Often criticised in the past for awarding higher points to bigger, more powerful wines dominated by fruit that appealed to its mainly US-based readers, www.robertparker.com say that "the various twenty (20) point rating systems do not provide enough flexibility and often result in compressed and inflated wine ratings", which is somewhat ironic.

Nevertheless I think the criticism is a little unfair these days as Wine Advocate has a much bigger team including well-known Brit, Neal Martin, and covers a much broader range of wine styles. I can't say that I have noticed any discrimination against the more elegant style of wine.

Parker Points" range from 50 to 100 with anything below 60 believed to be unacceptable. It is rare to see wines in Wine Advocate's top category of 96 points or above "extraordinary wine of profound and complex character displaying all the attributes expected of a classic wine of its variety". I find some of Wine Advocate's bands a little wide; for example in the band between 80 and 89 wines can range from "barely above average" to "very good wine". My advice would be to avoid anything below 85 Parker Points.

I tend to see more scores in the 80s than in the 90s from Wine Spectator, 85-89 being "Very good: a wine with special qualities" and 80-84 "Good: a solid, well-made wine". They also publish a list of Top 100 Wines each year. The 2013 vintage of the  Arnaldo Caprai Grechante Grechetto (no longer in stock) features in the Top Wines of 2016 list with a score of 90, 90-94 being "Outstanding: a wine of superior character and style". If the top 100 wines score from 90 to 97 then it makes sense that some really great wines score in the 80s. As with Robert Parker though, my advice would be not to look below 85.

Sometimes Wine Spectator gives a score as a range e.g. 90-94 which means that the wine was tasted in barrel and gives them a little wiggle room for how the wine will develop before and after it is released.

Decanter is more likely to cover mainstream wines that are widely available though they do rate more unusual wines as well. They have a new easier search page and access is free. Ratings have all been moved to a one hundred point system but older reviews still use the 20 point system (and it is not quite as simple as using 5 as the multipyling or dividing factor to convert them). 86 or 16 points would be my recommended cut-off point.

Decanter also has a wide number of Top Wine lists e.g. top Bordeaux of 2015, top Californian Cabernets. In their Top 20 wines of 2016 list Pegasus Bay Pinot Noir 2013 is featured with 95 points "Outstanding" (a later vintage of Pegasus Bay Pinot). See my comments below about making a comparison of ratings.

Also worthy of a mention are...

For Australian wines specifically there is only really one critic and that is critic, James Halliday who publishes Halliday Wine Companion guide annually and Halliday magazine. His ratings can be rather confusing with points awarded out of 100, 2.5 to 5 glasses and medals which overlap these. I find his ratings a little on the high side and suggest sticking to 89 and above.

This content is focused on Australian and New Zealand wines and free. Raymond, who sadly passed away in 2019, used several different scales, medals, a star rating system for a general overview and a 20 point scale for a more detailed judgement. So a Four Star rating is equal to 17 - 18.4 points on the 20 point scale or 85 to 92 points out of 100 which is equal to a Silver award. A little confusing but what I really like are Raymond's detailed descriptions of the wines tasted.

There are many more and apologies to any I have missed out. And let's not forget consumer ratings often via apps such as Vivino and Delectable but I'll write about these at a later date.

A comparison of wine ratings

I tried to find one wine that was covered by all the main critics which is actually quite unusual but Pegasus Bay Pinot Noir 2013 was the closest I came to full coverage and here's how each of the critics ranked it:

Quite a range of scores though of course it is all a matter of opinion. The proof of the pudding as they say is in the eating or, in the case of wine, in the tasting - whether you like a wine or not is up to your personal taste and you may prefer to take no notice of the scores. If you do like to consider the opinion of others don't forget to check out the ratings of our wines with attitude in their tasting notes.

Beware also that some less scrupulous wine retailers show ratings for a different vintage of a specific wine. I do not agree with this practice as there can be substantial differences in vintages; it is at best misleading consumers.

And don't forget that many more wines are not submitted for review than are, so the fact that a wine does not have a score attributed to it does not mean that it falls in the "Avoid this wine at all costs" category. If you restrict yourself to drinking only those that have a score, you may miss out on some amazing wines.

Sign up to my newsletter for notification of new wines, blog posts and subscriber-only sales.