All about terroir & how it affects wine

Terroir is a much-used and much-debated term but what exactly does it mean? Some say terroir produces better wines with more character, so-called terroir wines - but is that right? I confess I have long been a great fan of terroir and I use the expression quite liberally in my unique tasting notes. But there are many who think the term terroir is over-used and the concept over-rated, little more than a marketing ploy. This blogpost looks at what terroir means, how terroir affects wine and why it is such a topic of hot debate.

What does terroir mean?

It is not, as some have suggested, pretension that dictates the use of the French word "terroir" in the English-speaking world; there is simply no one word that can describe the concept in English and it originated in wine's old world.

Terroir is a concept that has dictated the appellation system in many old world wine regions. Burgundy’s small ‘parcel’ vineyards for example were ranked centuries ago according to the perceived quality of each specific vineyard and these rankings formed the basis of Burgundy’s appellation systems formalised in 1936 (read more). The top ranking or Grand Cru wines of Burgundy originate from the vineyards with the best terroir of the region; consequently they command the best prices. There have been few changes to the system since and classification by terroir has been copied in other wine regions of the world. 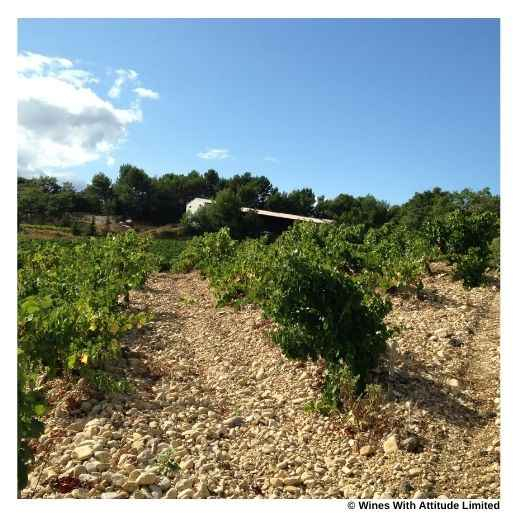 It is mistakenly thought by some, since vineyards are the basis for this sort of classification, that terroir must refer specifically to the soil in the vineyard; after all there are hundreds of different types of soil and they are known to affect the taste of the grapes/ wine but soil is just one component of terroir.

Terroir in fact comprises the whole 'natural' environment in which the grapes are grown and is therefore a combination of:

Therefore each vineyard (or even each plot within a vineyard) has its own unique terroir and this is in part what makes each well-made wine unique. Terroir determines the quality of the grapes grown and therefore is a significant (but not the only) contributor to the character of a wine.

Does terroir include wine-making? 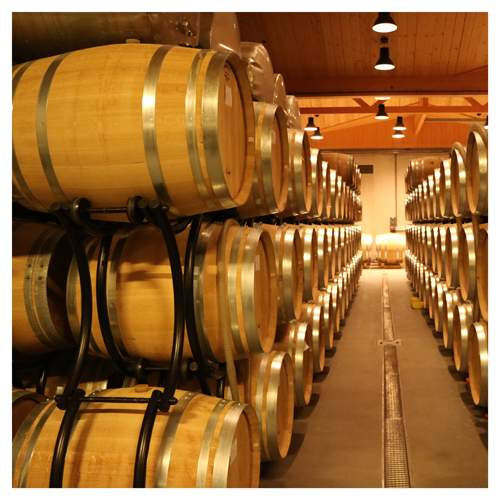 Many argue that the wine-maker and the wine-making process are necessarily also part of terroir. It cannot be denied that human intervention greatly affects the elements of terroir listed above whether winemakers choose to let nature take its course and intervene as little as possible in the vineyard and in the winery or whether they throw every chemical permitted at the vines and in the wine-making process. After all the wine-maker must decide whether and how much fertiliser and pesticide to use, how densely the vines are planted, which training system to use for the vines, which date the grapes should be harvested, whether natural or bought yeasts are used for fermentation, whether to use oak barrels, stainless steel vats or concrete tanks etc etc. The list is endless.

But for many others, myself included, 'natural environment' is the key phrase in the definition of terroir; terroir is about the naturally-occurring elements that affect the wine not about the decisions made to create the resulting wine. But it is the wine-maker who dictates how well the terroir is reflected in the wine and therefore has a huge effect on the character, as well as the style and quality, of the wine they produce. It is a combination of good terroir and great wine-making that produces great wine.

The phrase terroir wine seems to be increasingly used in marketing wines but surely all wine is terroir wine since all vineyards have terroir – and a terroir that is unique to them? Be a little wary of the expression as the implication is that terroir wine is superior wine and it may be used simply to justify a higher price label than a wine deserves.

Whether labelled as terroir wine or not, wines that don’t display terroir can sometimes be the subject of snobbery. New world wines especially were accused in the past of being devoid of or ignoring terroir and it could be argued that that was why cheaper, more commercially-produced wines were the focus for new world exports to Europe from the 1980s to the 2000s. It could however just be that they wanted to do something different from the strict classifications and regulations of the old world, that the wine-maker preferred to accentuate a wine’s fruit flavours rather the terroir, that the winery wanted to produce a consistent style of wine year on year or, as was the case with South Africa, that they had to meet their own strict quotas and regulations that encouraged bulk wine production.

And let’s not forget that there is a market for wines from the perceived poorer terroir vineyards. It will come as no surprise that the more generic a wine classification on the label the more entry-level or commercially-produced the wine is likely to be as will also be reflected in the price – and this is the same in both the new and old worlds e.g. Wines of South Africa vs. Stellenbosch, South Australia vs. Adelaide Hills or Bourgogne Blanc vs Romanée Conti Grand Cru.

In the 2000s as techniques improved in vineyards and wineries across the world so did wine quality in general. You might think that the differences in wine from their unique terroir would have become more evident as a result but what in fact happened was that wine became increasingly standardised as similar growing and production techniques were adopted across the wine world. This meant rather ironically that differences in terroir became masked.

The terroir revival - here to stay?

These days there is a real return to making wine that reflects its terroir certainly at the premium end of the market, the main driver being producers wanting to make their wine stand out in a crowded market place.

The New World is now reducing the size of many of its previously industrial-sized vineyards, moving out of the hotter, often lower sites into higher altitude, cooler climate areas, considering the best sites for specific grape varieties and developing single-vineyard wines. Even some Old World areas that were less concerned with terroir are now joining the trend. For example Austria and Germany are adopting a Burgundy-style classification for their top sites. And in Rioja they now allow sub-regional designations like village and single vineyard names in addition to the existing generic Rioja DOCa. Previously any reference to a village or vineyard could only be on the label if in smaller font than the word "Rioja". In an area where most winemakers blend wine originating from several vineyards, this is causing some controversy. The main rebel, described as "Rioja's number one terroirist" by Robert Parker is Telmo Rodriguez whose terroir-focused Rioja Lanzaga we stock as it was his "Matador Manifesto" that demanded the changes.

The growing importance of terroir in Spain has been recognised by the Wine Spectator magazine which wrote “Spain is probably the most dynamic wine country in Europe right now, thanks to people like Rodriguez and Eguzkiza and a younger generation that is following their example. They want to prove that Spain is not just a source for value, but a land with incredible terroirs.”

So terroir is back in fashion but is it becoming a truly global wine concept? Not quite... Some consumers - and some markets in general - are more brand-driven and they are unlikely to change their tastes quickly or easily. Each to their own as they say - but it is generally the branded, more commercially produced wines that lack complexity and remain consistent year on year.

For those like me terroir never went out of fashion since terroir is after all one of the main constituents responsible for producing the individual character of a well-made wine. Such wines are typical in general of their terroir and differ each year according to the vintage conditions and therefore show originality. Producers of these wines also tend to interfere less with their wine in the winery; minimal intervention is something else of which I approve.

So if you like to see more character and complex aromas and flavours in your wine, join the terroiristas!