In celebration of International Women's Day here are a few facts and musings about women and wine. Is it true that women are better tasters than men? Can you generalise about women's taste in wine? Do women spend more on wine than men? How do women buy wine? Do men and women swirl their wine in different directions? These are a few questions I ponder in this light-hearted article - I apologise in advance for any tongue-in-cheek comments and generalisations!

Are women better tasters than men?

At a trade fair last week I was chatting to someone about winemakers and he said he was surprised that there weren’t more female winemakers as women are better tasters than men. 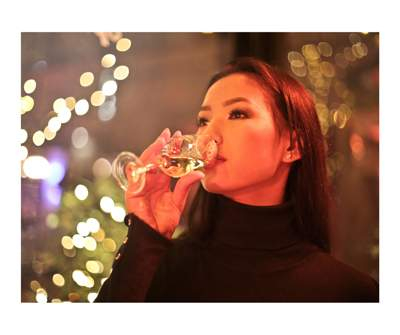 There is some scientific research to back this up; it shows that women tend to be more sensitive to aromas and flavours because women usually have a better sense of smell. This fits with the comments in my supertasters blog that women are more likely than men to be supertasters. It is believed that women's better or more sensitive sense of smell could be due to the need to protect their children from harmful foods back in the day or simply to be able to recognise their children in a group.

Regardless of whether you buy into this I strongly believe that most people can improve their wine tasting skills or their ability to recognise aromas and flavours in wine; my advice would be to taste with other people - who wouldn't want to anyway? It is amazing how you can start to discern aromas and flavours that other people detect in wine and build them into your "aromas & tastes library".

And talking of learning…

I used to work in a very male-oriented environment, the financial world. In the early years I was almost always the only woman in meetings. I'm pleased to say that that situation did change in more recent years before I saw the light and changed careers. When I joined the wine world I wondered what the male/ female split would be. Thinking about recent trade fairs, I would estimate the split  at about 60% male attendees and 40% female but I would guess that most senior positions in wine companies are still filled by men.

According to the Institute of Masters Of Wine there are currently 132 female Masters of Wine out of a total of 384, approximately one third. The study programme has been open to both women and men since the mid 1950s; it was only in 1970 that the first woman gained her MW qualification. 1979 was the first year that equal numbers of women and men passed and in 2001 more women than men became MWs for the first time. In 2014 and 2015 there were more women than men among the new Masters of Wine so it is likely that the proportion of female MWs to male will grow with time.

There are 266 professionals worldwide who have received the title of Master Sommelier since their first exam in 1969. There are no official figures but a quick check on the list of members suggests only c. 15% are women. This seems quite surprising to me as there are more and more female sommeliers in restaurants these days sharing their passion for wine. Perhaps some of them are choosing to take the MW exams instead.

There are 9,572 individuals worldwide who have gained the WSET Diploma in Wines and Spirits including yours truly but no information is given on the split between the genders. I am certain the percentage is higher than the Master Sommeliers.

Is it true that women drink more white wine and sweeter wines than men or are these just urban myths? 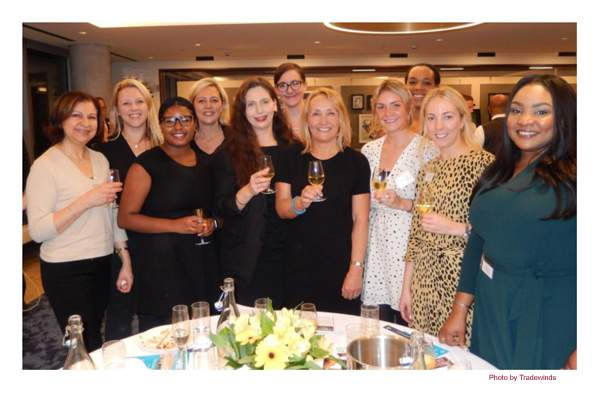 Sensitive tasters have a tendency to dislike strong flavours and so if we continue with the very broad generalisations about women being more sensitive to smells and tastes they are unlikely to choose to drink highly tannic or highly acidic wines and more likely to gravitate toward whites, rosés and sweeter wine. Of course there is also the influence of the wineries that specifically aim those sort of wines at women. I was a little disappointed this week to read that SJP will be launching a Sauvignon Blanc and a rosé wine; it seems a little stereotypical. Why not add a red wine to the mix SJP?

There are studies that show that women drink more wine than

men... and spend less on it. What I hear from women at wine tastings backs this up as they say that they are more likely to buy wine in the supermarket than from specialist wine stores. This is possibly a sign that more women are doing the supermarket shop than men - and another opportunity for those marketeers to target the whites and rosés at women. And let's not forget Prosecco and how successful its marketing campaign has been - once, like most bubbly, Prosecco was consumed to celebrate and now it's an "everyday wine".

I have read some fairly patronising articles that suggest women just need to be educated about wine and then they would spend more on it. There is also a theory that women buy wine for "wine o'clock", an almost every day glass of wine to chill out after a busy day whereas men are more likely to buy wines for dinner parties and to impress; there has been some research that suggests that men can be more swayed to buy wine by ratings e.g. Parker Points. But that is no surprise if we go along with the generalisation that men prefer more strongly-flavoured wines. It is well-known that Robert Parker preferred big, powerful wines, the antithesis of what many women choose to drink.

Traditionally wine-making was not considered a suitable profession for women. After the death of her husband in 1805, Barbe-Nicole Clicquot Ponsardin, was the first woman to run a champagne house, Veuve Clicquot. It is hard to say how many female winemakers there are nowadays but the number is certainly increasing. In the Wines With Attitude portfolio here are a few off the top of my head:

Domaine Bachey-Legros: Christiane Bachey-Legros, has been managing the estate since 1993 with her two sons, Lénaïc and Samuel, and making the lovely Santenay Clos des Hâtes

Tacchino:  Romina and her brother Alessio make a number of different winess in Piedmont like the Du Riva Dolcetto and the Moscato d'Asti DOCG

Domaine Thibert: run by sister and brother, Sandrine & Christophe Thibert, their white burgundies have long been a favourite of mine is. Christophe's daughter is starting to get involved in the business. 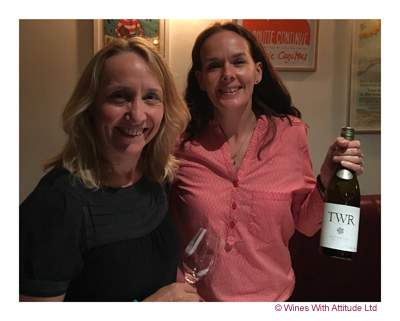 Te Whare Ra: Anna Flowerday (pictured in the left of the photo with your truly) and her husband, Jason, produce a number of stunning wines. With two sets of twin daughters, there are likely to be some more female winemakers in due course.

Domaine des Escaravailles: daughter, Madeline is studying oenology and following in her father's footsteps making several wines at the family winery in Rasteau.

And finally … which way do you swirl your glass of wine? 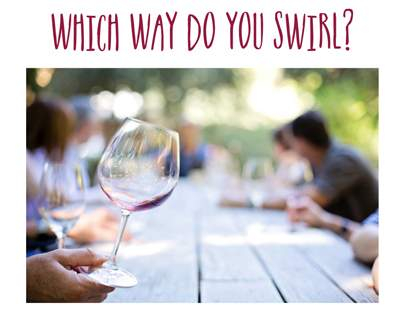 I recently read that men and women swill wine in different directions. A straw poll of friends suggests that it might just be true. I have no idea why, do you? What is certain is that the direction makes no difference to how the wine tastes, contrary to a wine hoax that was circulating a few years ago. Swirl in either direction to aerate your wine and open up the aromas and flavours.