Minor wine faults & how to fix them

Wine faults can be divided into three categories. This blogpost looks at the minor flaws in wine, faults which are not actually faults at all. These lesser evils such as bubbles in a non-sparkling wine or wine that is cloudy can leave you wondering if your wine is in good condition or slightly ‘off’. To help you avoid pouring away perfectly good wine, let’s look at what these false wine faults or minor flaws are, how to detect them and how to fix them - if that's possible.

Other categories of wine faults are covered in two separate blogposts. Firstly, and contrary to popular belief, the only one true wine fault is corked wine or cork taint. Secondly there are grey area wine faults which are a number of aromas and flavours that when found in wine fall into a grey area because some people consider them as faults whilst others enjoy the same aroma as a ‘characteristic’ of the wine e.g. balsamic vinegar aromas which can indicate careless wine-making or an intention by certain winemakers to add some complexity to their wine. But here let’s tackle the minor flaws…

Bubbles in wine that is not meant to be sparkling

Bubbles are not usually meant to occur in still wine. However some young white wines, particularly off-dry wines, may be given a blast of carbon dioxide before bottling so that they taste more refreshing when consumed.

More traditional examples of the refreshing Portuguese wine, Vinho Verde, are bottled just before fermentation has finished in order to retain a touch of the naturally-resulting carbon-dioxide or undergo a deliberate second fermentation in order to inject a little spritz into the wine. 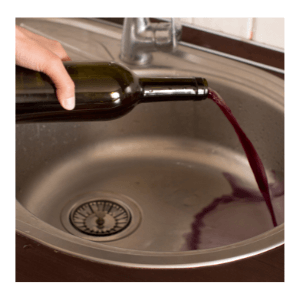 Remedy: If you don't like the fizz in your still wine just give your glass a good swirl and the bubbles will usually disappear.

Bubbles in an older wine however might be an indication of an unintentional second fermentation occurring in the bottle as yeasts react with residual sugar. Whilst the wine will not harm you, it may not be particularly pleasant and can indicate that bottling was not done in sterile conditions.

Remedy: Try the swirling trick and then taste the wine cautiously before deciding whether to drink it or pour it down the sink.

Crystals in the bottle or on the cork 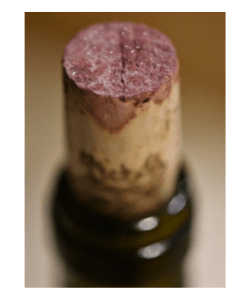 Colourless precipitates in white wine that look like undissolved grains of sugar or tiny shards of glass are tartrates, crystals formed when naturally-occurring tartaric acid and potassium in the wine react in very cold temperatures. Tartrates can also occur in red wines but are less easy to detect as they will have been coloured by the wine. They can be prevented by cold stabilisation techniques used in the wine-making process. In other words, the tartrates can be ‘forced’ to appear by intentionally chilling the wine and then filtering them out.

These crystals occur more frequently in unfiltered wines and some winemakers prefer not to filter as they believe this removes some of the aroma and flavour characteristics of the wine.

Don't worry if you find tartrates in your wine - they are not harmful though possibly a little "gritty".

Remedy: Decant the affected wine after it has settled.

This can be a sign of an unfiltered wine which may be intentional as in many natural wines and orange wines (see above). 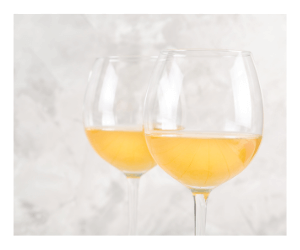 Sometimes remaining sediment in wine is disturbed and so it may just be a case of waiting to see if the sediment settles and the wine becomes clearer.

But cloudiness in wine can be an indication of a bigger problem such as unwanted bacteria especially if the wine in the bottle has previously been clear and has become cloudy.

Remedy: Before quaffing, nose and taste the wine carefully to detect any off smells or flavours which would suggest nasty bacteria is the problem. If the wine smells and tastes OK then it is unlikely to be infected and therefore should not be harmful - and you may find that the added dimensions from an unfiltered wine may be to your taste. 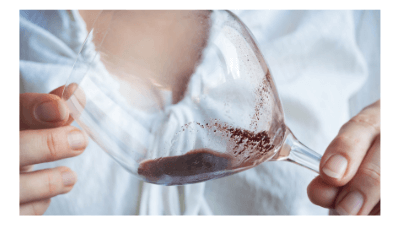 Sediment left over from the wine-making and wine-ageing processes often collects in the bottom of the bottle of older red wines and is usually a sign of a fine wine. It is formed from dead yeast cells, tartrates, colour pigments, flavour compounds and tannins. It is not a fault - without it the wine would not have developed the characteristics that it has from ageing in bottle.

Remedy: Decant or ensure that you leave the last dregs in the bottle.

If you like jam then jammy-smelling wine may not be a big issue for you but if the jam aromas originate from heat-damage rather than from over-ripe fruit (generally in wine from hot climate regions) then the wine is likely to have lost its fresh fruit flavour characteristics and taste at best a little rustic and at worst flat or dull.

Wine which has been exposed to very high temperatures is referred to as 'cooked' or sometimes 'maderised' (after Madeira which is deliberately exposed to heat). Exposure to oxygen is increased as the wine expands in the bottle so look out for signs of wine leaking from the top of the bottle or creeping up the cork. Heat-damaged wine is a common problem but it can be lost amongst the plethora of over-ripe, fruity, often New World wines.

Remedy: Whether the jammy characteristics are a result of poor wine-making or from excessive temperatures, there is unfortunately nothing that can be done to revive the wine flavours. The best you can do is let the wine breathe for a while and try it again with fingers crossed. 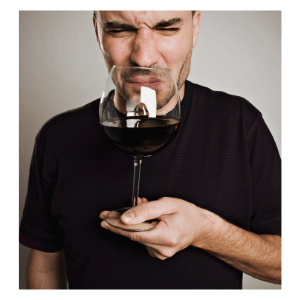 As covered in my popular sulphites blogpost, sulphur dioxide is naturally occurring in and may also be added to wine to prevent oxidation. Normally the sulphur is undetectable but if excessive amounts are used you may be able to detect the smell of struck matches, mothballs or rotten eggs and you may experience a prickling sensation in your nose. Do not despair however as it may not have affected the taste of the wine.

Remedy: A good swirl of the wine in your glass or decanting the bottle is often enough to disperse the potent aromas. 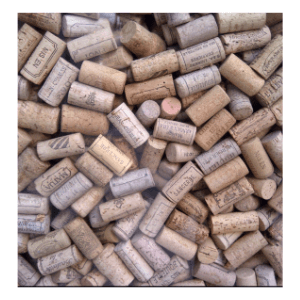 Wine that has been served in a restaurant or bar with bits of cork in the glass is not corked; it is just representative of clumsy service and should be returned.

Mould around a cork is probably just an indication that a wine bottle has been stored in cool, damp conditions and may not mean that the wine is adversely affected.

Even wine that has a cork aroma when the bottle is first opened is not necessarily corked; swirl the glass first to see if the aroma dissipates. If however the wine smells like a wet dog (yes,seriously), then it may have the only true wine fault there is - corked wine, the subject of another of my blogposts.